Chester Hollingsworth, the Dallas area centenarian known as “The Oldest Working Man in Texas”, suffered a fall at his Texas home in mid-June 2019 fracturing his hip. As a result of the injury he has not been able to go to work doing the job he loves. He is currently in rehabilitation. At age 101 recovery from a hip fracture is difficult, but Chester remains determined and in high spirits. Chester arrived at the at Appletree Assisted Living Facility in the last week of July and has been undergoing physical therapy ever since. Well-wishers are encouraged to send cards and letters of encouragement via the United States Postal Service to: Chester Hollingsworth 870 W. Arapaho Rd. Apt H, Richardson, Texas 75080.

“Chester is a WW II vet going on 102 years old. He would be here at Dallas Flooring Warehouse working today if it were not for the fall he had at home. Everyone wants him back and he wants to get back as soon as possible. If you appreciate the fact that a 101-year-old war veteran just wants to get back to the job he loves then please send him a get-well card in the mail. Chester is as old school as it gets. He is not on the internet, does not do email, Twitter or Facebook and only has a simple non-smart phone. If you are a proud American, a working person or a member of the military and want to wish well a veteran that volunteered to serve his country proudly in wartime please take a moment and send him some encouragement. It will only take a couple of minutes, a stamp, an envelope and a note or card. Please do not send money, Chester works for a living! Please mail your best wishes to: Chester Hollingsworth 870 W. Arapaho Rd. Apt H, Richardson, Texas 75080.”, says Johnny Carpet, spokesman for Dallas Flooring Warehouse.

In 2018 Chester Hollingsworth was dubbed “The Oldest Working Man in Texas” last October at the age 101 for his continued work at Dallas Flooring Warehouse, a local carpet and flooring company in Dallas, Texas. Mr. Hollingsworth also became well known on the internet due to his love of Dr. Pepper and his “two Dr. Peppers a day” habit. At age 99 he threw the first ceremonial pitch at a Texas Rangers game as he was honored for his service to his country. Chester has been featured in the Dallas News several times. His 101st birthday and retirement party, which included special guests from the United States Navy, was covered by Ken Molestina of CBS DFW 11 / 21 on October 18, 2018. The story went viral under the headline, “Oldest ‘Working Man’ In Texas Turns 101, Still Drinks 2 Dr. Peppers A Day” and was even featured in the top right column on drudgereport.com for over two days. Chester, is a World War II veteran that served in the Pacific under General MacArthur as a US Navy sub chaser. Following the birthday bash he had a change of heart, rescinded his retirement and continued working until mid-June of 2019 when he had a fall at home fracturing his hip. Chester is doing his rehabilitation at Appletree Court assisted living in Richardson, Texas and fully intends to get back to work as soon as possible. While he spends a significant portion of the day in a wheelchair, he is in physical therapy and walks with assistance at least three times per day up and down the hallway on the second floor of Appletree Court.

“I just like to be with people. I don’t mind working. If you can get a job, where you love your job and love to go to work that’s what you want.”, said Hollingsworth, “I have three physical therapists. They have me walking down that hall three times a day. It’ll take some time, but I’m getting out of here and back to work!”.

Born and raised on a farm near Greenville, Hollingsworth helped his family raise cotton. As a young man he volunteered to join the US Navy the day after the Pearl Harbor attack. Hollingsworth has been in the flooring business for decades and helped start the flooring chain that is now known as Dallas Flooring Warehouse. He tried retiring twice before, but kept returning and had been working two days per week until his injury. He fully intends to return to work as soon as possible to the job he loves.

Get well cards and letters of encouragement should be sent to: Chester Hollingsworth
870 W. Arapaho Rd. Apt H
Richardson, Texas 75080 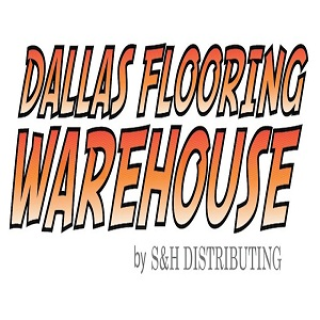